According to the suit filed by the Democracy Forward on behalf of the City of Chicago on June 15th, 2020, President Trump’s administration failed to provide a special open enrollment period which would allow Americans the ability to purchase a health insurance plan on the Marketplace.  Under the Affordable Care Act (“ACA”), also known as “Obamacare,” there is a regulation that requires the Department of Health and Human Services to open a special enrollment period when consumers face “exceptional circumstances.”  The City of Chicago filed suit citing the current global pandemic as “exceptional circumstances,” and therefore, grounds to have a special enrollment period.

The CDC has recorded over 2 million Americans have been diagnosed with COVID-19 and over 115,000 have died from the virus as of June 16, 2020.  Chicago has had over 49,000 cases.  The city claims since uninsured residents cannot shop for healthcare policies on the 38 federally controlled exchanges, the hospitals and city will have to pay for those uninsured residents that require testing or hospitalization.  Many residents who don’t have insurance will not seek medical treatment or testing, which is necessary to stop the spread of the virus and prevent further damage to the economy.  According to the U.S. Bureau of Labor Statistics, the unemployment rate has increased over 400% from February to April due to the pandemic, which has resulted in many Americans losing their health insurance coverage.

It is believed the refusal to offer an open enrollment is another attempt of President Trump and his administration to undermine the ACA legislation that he has been trying to overturn since he took office. Several states that run their own exchanges have implemented a special open enrollment period which allows uninsured residents to obtain coverage. The lawsuit seeks to have the U.S. Department of Health and Human Services (HHS) enforce the law as it was intended.

admin / About Author
email was: parmod.kumar@itchime.com
More posts by admin 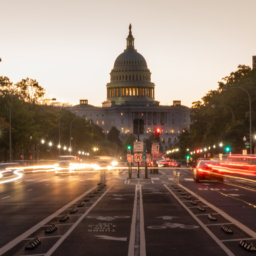 ACA’s Individual Mandate Eliminated at Federal Level; Some States Impose Their Own Mandates

It’s the start of the new year, and with it comes the continued debate over the Affordable Care Act (“ACA”)....